ski~mojo reduces the pressure on your knees by 33% so you can ski all day,
while improving your ski posture.
*Pictured: Chemmy Alcott in action

Shock absorber springs
reduce pain and fatigue,
keeping you on the
slopes for longer

The Ski Mojo is easy to use.  Simply put on, click in & ski all day! 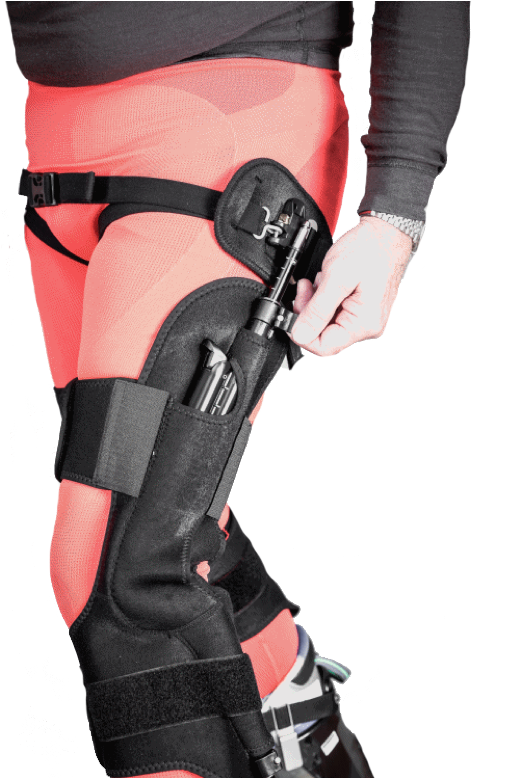 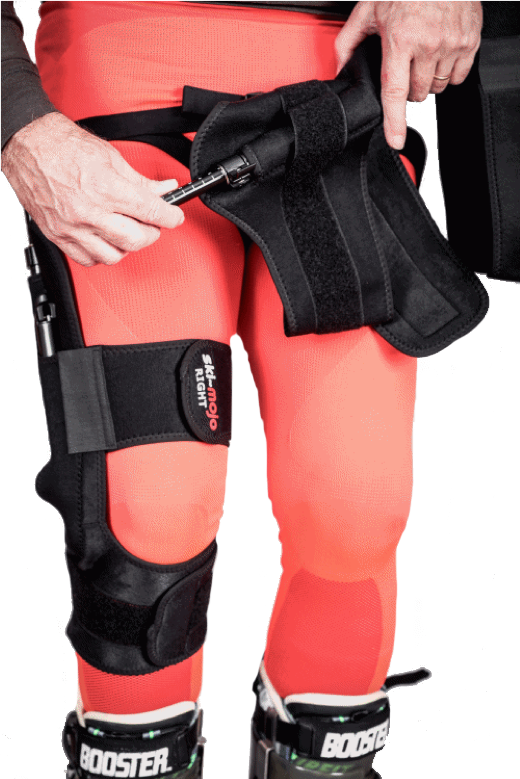 The Ski Mojo is invisible under your ski pants!

Shock absorbing springs reduce pain and fatigue keeping you on the slopes for longer.

HOW IT WORKS
Shop All Products

Darren Turner is a private ski coach based in Serre Chevalier, presenter & co-producer of Ski School Apps and the most viewed ski coach on the web.

Watch his video review of the Ski~Mojo

Following a glittering career that included four Winter Olympic Games, seven World Championships and five Overall Senior National Champion titles as well as numerous others across five disciplines, Alcott continues to work in the winter sports industry as a race coach with CDC Performance, a company she set up with her husband and former British Team Ski Racer, Dougie Crawford.

After a serious knee injury in March 2016, and subsequent operation and rehabilitation, Alcott used the ski-mojo for the first time and not only found it useful as a knee support, but also found it helped her improve performance over long periods of time on the mountain.

Award winning, patented product which has helped thousands of skiiers and boarders stay on the slopes for over 10 years

Anne Omer recently told us how she is skiing again after a double knee replacement thanks to the Ski Mojo. “The Ski Mojo has been tremendously liberating and has added […]

END_OF_DOCUMENT_TOKEN_TO_BE_REPLACED

We were delighted to hear from Dr Bob Tate who contacted us about his experiences of the Ski Mojo which has him skiing again after a total knee replacement. I […]

END_OF_DOCUMENT_TOKEN_TO_BE_REPLACED

Be the first to know of our product launches and special discounts. We don’t spam and your email address is safe with us