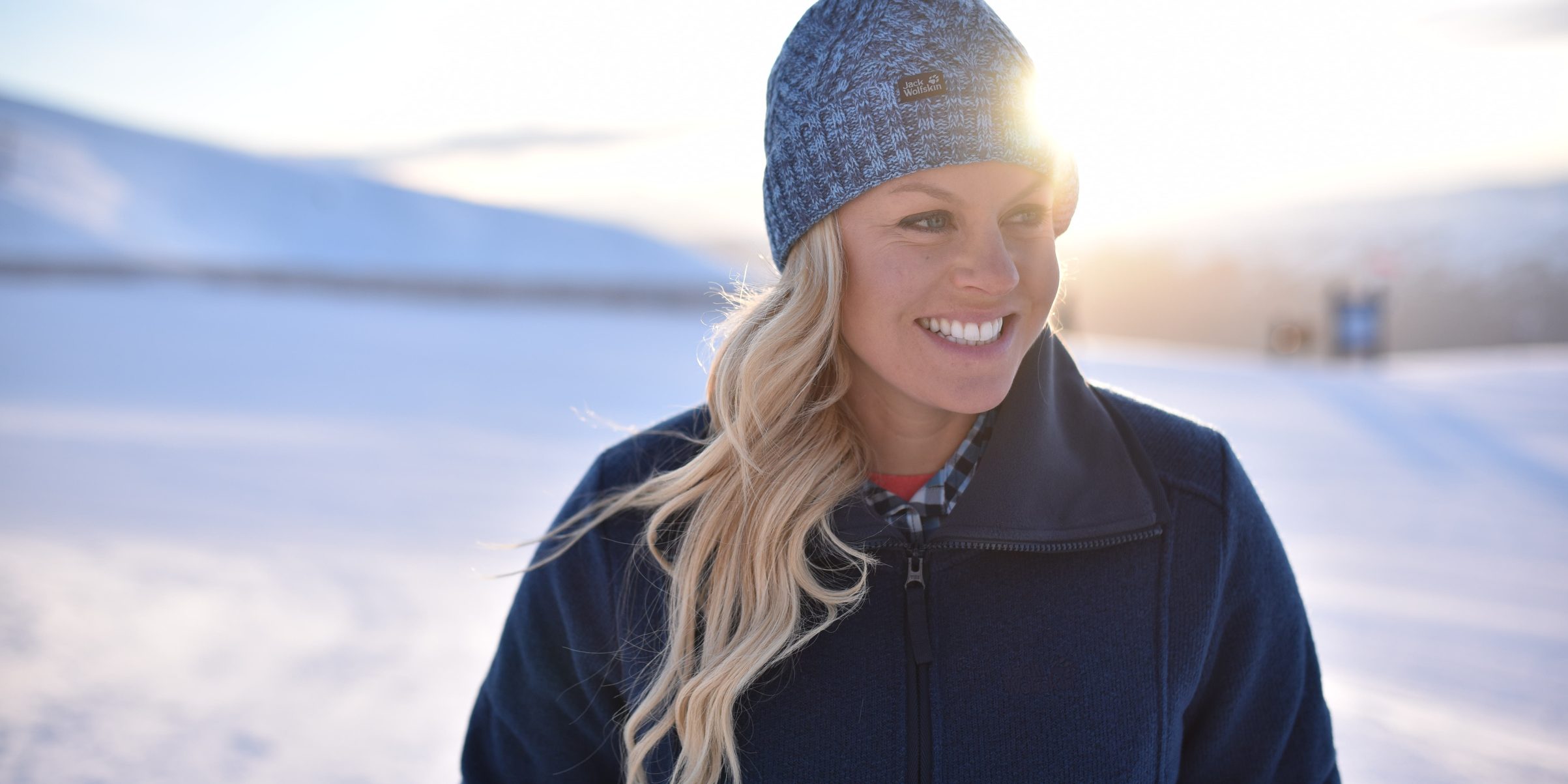 Ski Mojo, the British manufactured device that helps thousands of skiers stay on the slopes for longer, has announced a partnership with Britain’s most successful women’s ski racer, Chemmy Alcott.

Following a glittering career that included four Winter Olympic Games, seven World Championships and five Overall Senior National Champion titles as well as numerous others across five disciplines, Alcott continues to work in the winter sports industry as a race coach with CDC Performance, a company she set up with her husband and former British Team Ski Racer, Dougie Crawford.

After a serious knee injury in March 2016, and subsequent operation and rehabilitation, Alcott used the Ski Mojo for the first time and not only found it useful as a knee support, but also found it helped her improve performance over long periods of time on the mountain, she said:

Over years of competing at the highest level, multiple leg injuries and surgeries has often prevented me from returning to the sport I love at the same level as before. Now the Ski Mojo takes the pressure off my limbs and facilitates great technique, so I can conserve my energy whilst skiing harder for longer to get more out of my days on the mountain.

We are delighted that Chemmy has decided to work with us at Ski Mojo as an ambassador and even happier that it’s helping ensure her career as a coach benefits as a result. We’ve always said that the Ski Mojo not only helps skiers with injury, but can also enhance their performance too and for a skier of Chemmy’s ability, talent and experience to recognise that is the best endorsement we can get. Not all skiers have Chemmy’s ability but it doesn’t matter if you’re a beginner, intermediate or instructor level, Ski Mojo works for everyone in exactly the same way.

Many other recreational skiers have also found the benefits of Ski Mojo that makes it possible for them to stay on the slopes longer, minimising the pain they might normally be experiencing. The updated design and functionality of the Ski Mojo means that constant improvements make it easier to wear.