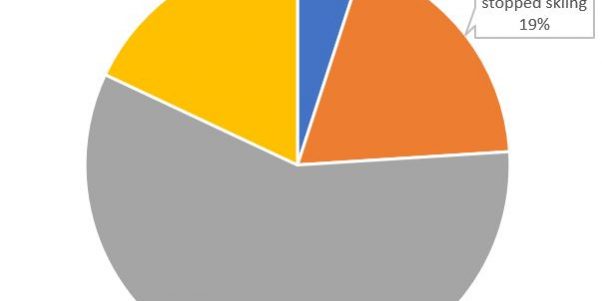 A new survey from Ski Mojo shows that 24% of their customers would have given up skiing if they had not bought the cleverly designed ski braces that reduce pressure on your knees.

The British invention acts as a shock absorber for the knees, reducing pain and fatigue, keeping skiers on the slopes for longer.

5% of skiers had stopped skiing already

A survey of over 400 customers revealed that 5% had already stopped skiing before they had tried the Ski Mojo. An additional 19% reported that they would have stopped skiing otherwise.

As well as helping those whose skiing life was extended by the Ski Mojo, 58% of respondents said that they would have skied less without it. 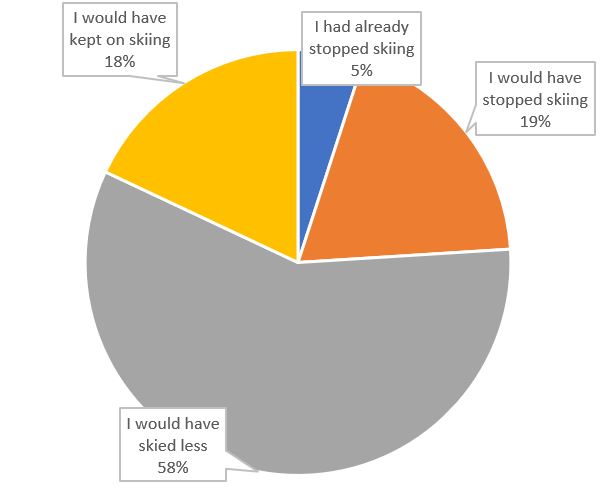 Since its introduction in 2007, the award-winning Ski Mojo has helped thousands of skiers with knee or ligament trouble.

Advocates include Ski Sunday presenter and Olympian Chemmy Alcott.  Chemmy suffered a serious knee injury in 2016 and used the Ski Mojo as part of her recovery…and has used it ever since:

“The Ski Mojo takes the pressure off my limbs and facilitates great technique, so I can conserve my energy whilst skiing harder for longer to get more out of my days on the mountain.”

You can find your nearest retailer or order the Ski Mojo online on their website.