The Science That Proves How The Ski Mojo Makes You Stronger 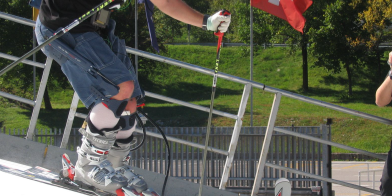 Did you know that we can prove that the Ski Mojo can help you ski stronger and ski longer?

In 2011, we were approached by two Italian academics, who wanted to study exactly how the Ski Mojo helps skiers.

Nicola Petrone, from the Department of Mechanical Engineering at University of Padova and Gabriele De Bettio, from DolomitiCert Laboratories conducted a study of skiers in Longarone, Italy, to measure the effect of the Ski Mojo.

Their aim was to evaluate the muscular activity patterns of a skier while using a Ski Mojo. Their final report was the snappily titled ‘Evaluation of muscular EMG activity variations wearing ski-mojo on a skiing treadmill’.

EMG stands for ‘electromyography’, a procedure to assess the health of muscles and the nerve cells that control them. 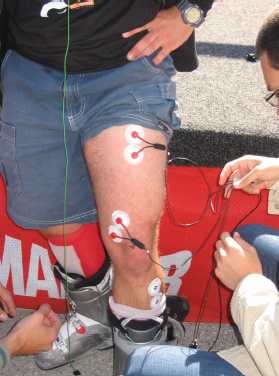 Tested on a skiing treadmill

The format of the study was a series of tests performed on a skiing treadmill (similar to the one at Chelski). The treadmill was made of a synthetic snow surface, soaked by water to allow easy friction. The tests were performed at a speed of 22 km/h on a slope of 30°. 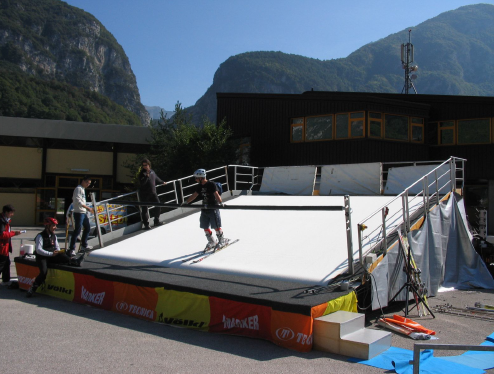 The skier was wearing a Ski Mojo for the first time and skied in both styles outlined above, but with the Ski Mojo activated for one set, and switched off for the second set. EMG signals were analysed and averaged over a series of ten turns.

The average activity on five dominant leg muscles across each turn cycle were plotted and are shown below. The red lines indicate skiing with the Ski Mojo switched on, and the black lines are activity with the device switched off (click on the images to see a larger version): 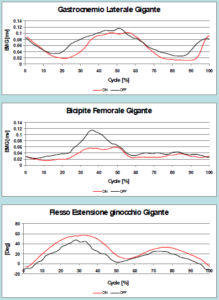 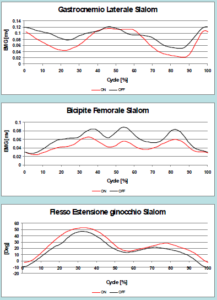 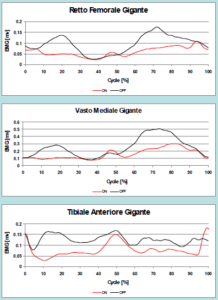 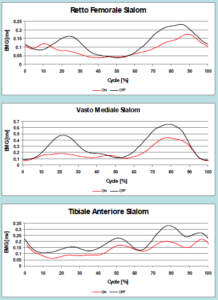 What the EMG results demonstrate is that muscle activation was consistently lower when the Ski Mojo was activated and switched on.

The tests performed with the Ski Mojo activated consistently showed a reduction in muscle activation levels on the five principal leg muscles, buy ultram online ranging from -19% to -37%. 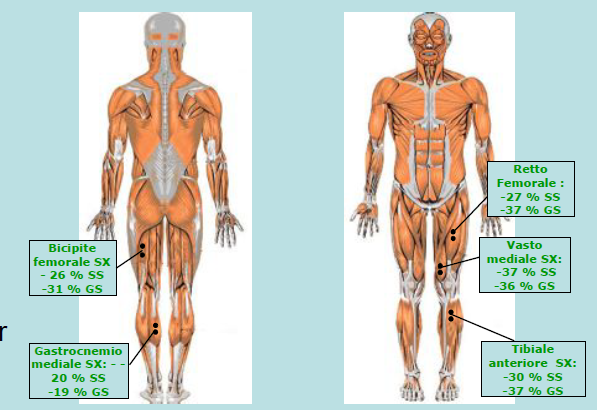 The report concluded that, although the tests were performed on a single skier, “the positive effects of Ski Mojo in reducing fatigue are likely to be statistically confirmed by further ongoing tests.”

So, there we have it, scientific proof that the Ski Mojo helps you ski stronger and ski longer by reducing fatigue! 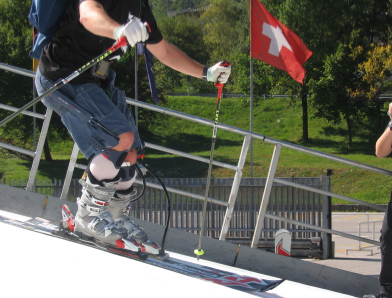