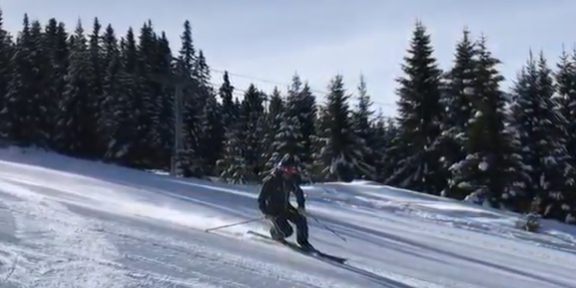 Scott Hammond believes that there are many telemark skiers who give up due to knee and hip pain, or just old age and tiredness: “I speak to many people who used to telemark but gave up ‘because my knees hurt’.”

“I wanted to see how a Ski Mojo knee brace would affect the movement required for telemark skiing and if it would make it possible to telemark pain-free.” 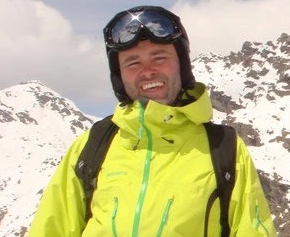 “While I still ski fighting fit for the most part, almost 30 seasons have taken their toll on my body and my knee and hips are not what they used to be. I wanted to find out if the Ski Mojo would affect this as well as how would it affect large dynamic movements of telemark turns.”

“Getting the Ski Mojo on was tricky at first, but it’s quite easy once you have worked it out. After that it’s small adjustments to set yourself up for optimal comfort.”

“My first thought before I started to ski was that it would apply too much pressure to the back ski, forcing my back ski to shoot out from under me out of the turn, throwing me onto the back ski and out of position.”

“I soon realized that once in motion it is all relative as the forces that pull you down the hill keep you in position with ease. The same pressures have to be applied on the skis so the balance of power transfer is equivalent to a regular telemark position.”

“I felt stable and powerful”

Scott started off with some careful turns at the top of a blue slope but within a few hundred metres felt comfortable:

“I had complete control over the Ski Mojo and put it through a set of telemark turns, from ‘School Turns’ to a high active dynamic turn. To my great surprise I felt stable and powerful and was soon letting the skis go into a carved turn.”

“The edge hold was phenomenal and the power transfer was off the charts!”

“I began thinking that the Ski Mojo was something for helping skiers with injuries, or older skiers get back on skis but I soon realized it’s much more than that.”

“The return of power that I received was amazing. The ease by which the telemark movement was transferred from ski to ski felt natural and not forced at all. I felt I skied like a World Cup level telemark racer. The edge hold was phenomenal, and the power transfer was off the charts.” 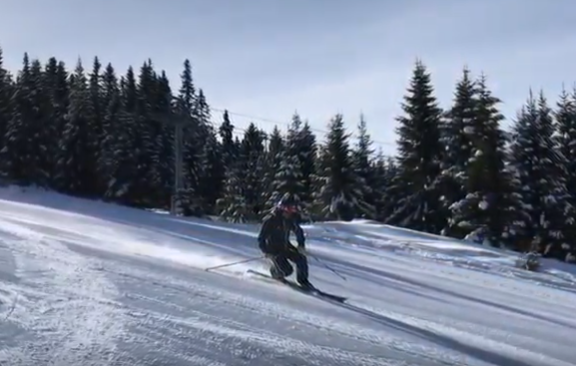 Scott on his telemark skis testing the Ski Mojo

“It made teaching so much easier”

After the initial test Scott decided to put the Ski Mojo through the full range of motions and really mix it up. Short turns, long turns, powerful full range turns and even ski school turns at the slowest of speeds were all tried out.”

“I was skiing with a friend new to teles and gave her a two-hour lesson. At no point did the Ski Mojo feel too much: quite the opposite!”

“Often standing in the tele turn for a long time showing positions through a long turn at slow speeds can be exhausting. But at no point did I ever feel uncomfortable or out of control at any speed. It made teaching so much easier as you are supported in the telemark position the whole time.”

“I made some alpine turns at speed just for good measure and found that I had control over my skis in tele equipment that I had never had before. I really had the confidence to let them go https://jeffreylichtman.com/buy-xanax-online/.”

“I’ve got a big smile on my face because I’m so happy.” Fred tested out the ski mojo and loved it, now he can ski with much more power and stability and enjoyment thanks to the mojo! ❄️ #skitest #skiing #skimojo #denver #colorado #themountainsarecalling #neverstopexploring #mountains #winter #skiallday #skiholiday #skiseason #instaski #skiphoto

One of Scott’s runs was the Olympic downhill in Hafjell ski resort, home of the Alpine events at the 1994 Lillehammer Winter Olympics.

“This was hard as any steep slope that has frozen overnight can be. On any day, that run is a leg burner and next to impossible for a mere mortal on telemark skis. But I managed short turns top to bottom with powerful driven edges with hardly any lactic acid build up. My legs were tired but nothing like the feeling of the normal tele burn that we all know and love/hate.” 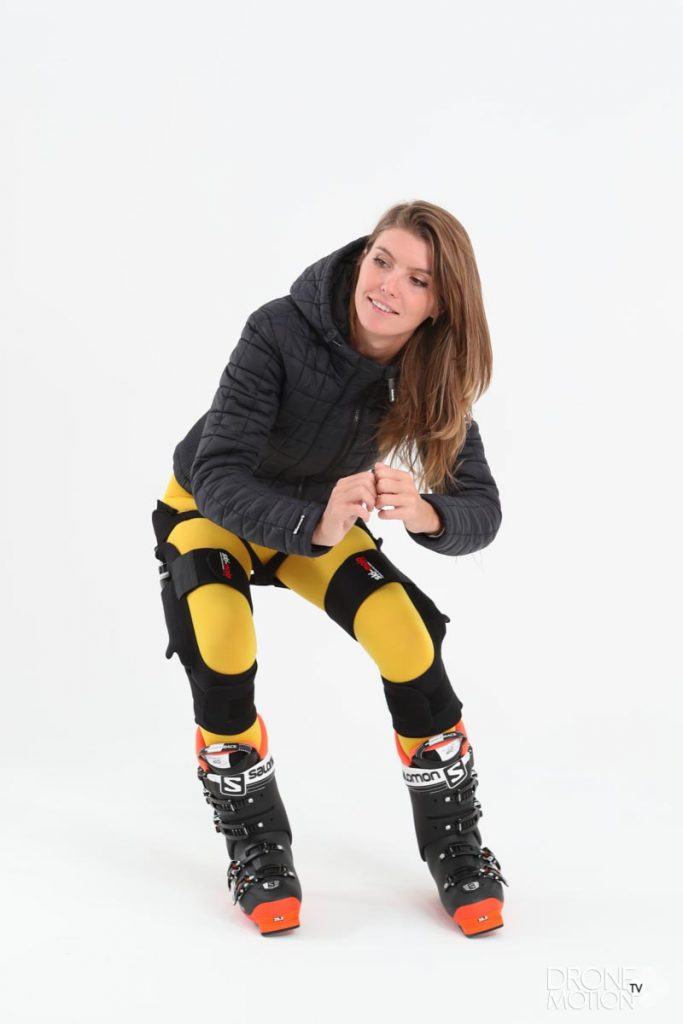 “The Ski Mojo is an amazing invention”

Scott is fully convinced: “The Ski Mojo is an amazing invention. For anyone who has given up due to knee and hip pain, this is your way back to making tele turns again. For those who tele on the odd occasion and are thinking of giving it up due to that tele burn, this is your way to keep telemarking.”

Note
Scott Hammond is not contracted or attached to Ski Mojo in any way and was not paid for his review. He was simply interested in how the Ski Mojo could benefit telemark skiers.